Seal beam lamps are headlights which are housed inside a sealed unit that contains the reflector, lens, and the element. Before the presentation of the sealed beam, the headlamps were built of different parts. It caused out of aim headlights which easily were burned out because of moisture getting into the light assembly. Also, it led to failure within extremely inclement weather.

The benefits of the seal beam headlight involve improved functioning characteristics and ease of maintenance. With this head lamp being sealed, clearer and thinner glass might be used to construct the lights. A lack of contaminates that enter the light helped in brighter reflector material. It all added up to a brighter and better head lamp that permitted a car operator to view things much further ahead of the car. Also, it permitted the seal beam to illuminate the evening streets a lot more clearly than had ever been achieved using a traditional headlight.

The presentation of projector head lamps and the plastic lens that had a bulb headlight assembly forced the end to seal beam headlights. Car makers around the world started to incorporate the easy-to-change bulbs within the 1984 model year offerings. Dull headlights, yellow plastic lenses, as well as pricey replacement costs all accompanied this popular trend.

Most headlights nowadays are manufactured with polycarbonate plastic, which makes the lights more durable and…

A lot of work goes into keeping a car in good working order. As a…

Owning a car comes with a lot of responsibility. When repair issues arise, you will…

Have you noticed your car’s headlights aren’t as bright as they used to be? If… 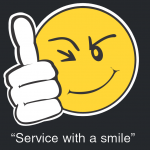